The second screening of our November film, Sunset Song, will be Wednesday, 23rd November at 7pm.


In 'Sunset Song', the legendary British director, Terence Davies, tells the story of a young woman coming of age on a farm in northern Scotland on the cusp of WW1. Chris Guthrie, a bright young woman with a real love of learning and dreams of becoming a schoolteacher, is fighting her own war against her fiery, brutish father, who abuses both her mother and brother. Her struggle for independence against all odds provides the film with its deeply resonating emotional core, but the film is also closely attuned to the moods of landscape and sky which are breathtakingly beautiful (shot in both Scotland and New Zealand).  The film is one of Davies's finest achievements. 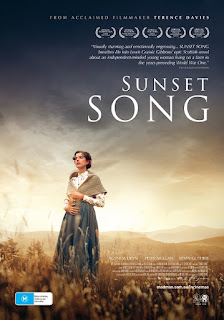