The screening times for our February Film (and the last film for this season of the film club) will be The Florida Project.

Set over one summer, the film follows precocious six-year-old Moonee as she courts mischief and adventure with her ragtag playmates and bonds with her rebellious but caring mother, all while living in the shadows of Disney World. 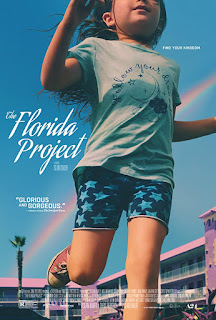