The Armidale Film Club is kicking off its new season for 2017 in March.  This is an opportunity to see quality films that would not normally be screened at the Belgrave Cinema because they are on limited release.


An Annual membership is $90 for exclusive screenings of eleven films ($8.18 per film).
Each membership includes two companion vouchers to bring a friend for the standard ticket price of $15.50.


Members may choose to go to either a Monday or a Wednesday evening session (approx. Mon 530pm or Wed 7pm).  Films will be shown March to February (no film in January).  You can pick up a ticket for your preferred screening up to a week in advance from the cinema.  This will secure access to your preferred sessions as seating cannot be guaranteed on the night.

The first three films have been lined up for the 2017 Season are Perfect Strangers (March), Toni Erdmann (April) and Mahana (May).


Perfect Strangers
Seven long-time friends (three married couples and a divorcee) are having a dinner. They decide, as a playful game, to make all SMSs and phone calls public for that evening, to prove that nobody has anything to hide. Hilarity and drama ensue together as everyone's secrets are unveiled and the seven friends find themselves perfect strangers to each other.  Not just a box office hit but also a national phenomenon, this Italian dramedy is perfect for our digital age. 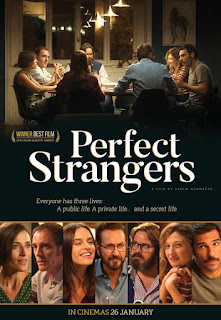 Toni Erdmann
An insightful and very funny film about a practical joking father trying to lighten up his serious businesswoman daughter.  He tries to reconnect by creating an outrageous alter ego and posing as her CEO's life coach.  A German film with rave reviews and nominated for the Oscar in the Best Foreign Film category. 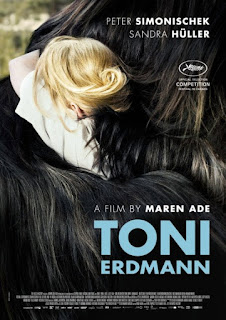 Mahana
From the author of "The Whale Rider", a tale of family rivalry and reconciliation, set against the stunning backdrop of rural New Zealand in the 1960s.  Two Maori sheep-shearing families - the Mahanas and the Poatas - are longstanding enemies and commercial rivals. 14-year-old Simeon Mahana, the youngest son, is in conflict with his traditionalist grandfather, Tamihana. As Simeon unravels the truth behind the longstanding family vendetta, he risks not just his own future prospects, but the cohesion of the entire tight-knit society. 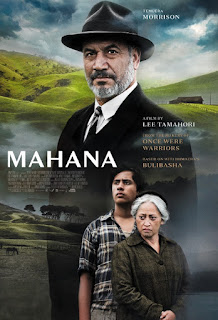 So come and support exceptional films in Armidale!   Join to guarantee an exciting cinema experience every month for a year!  Sign up or renew your membership for the AFC.  Eleven films for only $90. You won't regret it!!
Posted by Martina at 10:04