Join us for another 12 months (11 films) of films. Tickets for the 2016/2017 season are now available from the Belgrave cinema.

The first film of the season, 99 Homes, will be screening on Monday 14th March and Wednesday, 23rd March - exact times tbc.

99 Homes is a powerful, intelligent film depicting the life of a family evicted from their foreclosed home in Florida when the father becomes unemployed.  Their move into a cheap motel prompts him to do whatever it takes to get their house back.  Tautly constructed, the film critiques the class divides in US society where everyone, even those living on the margins, wants to follow the American dream of having their own home. 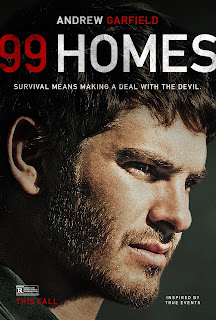