The last film of the 2015/16 film club season will be our February film - Far From Men . Screenings will be Monday 15th  and Wednesday 24th February. Times tbc, please check the blog or the Belgrave Cinema website closer to the time.


FAR FROM MEN
Set during the Algerian rebellion against French rule in 1953, this highly-acclaimed, multi award-winning French drama is based on a short story by Albert Camus.  It stars Viggo Mortensen as Daru, a quiet, self-possessed colonial teacher, who accompanies Mohammed, a villager accused of murder, as they flee across the Atlas Mountains.  Solid, compassionate acting by Mortensen proves he is perfectly cast.

Season passes for the 2016/17 season (starting March 2016) will be available at the Belgrave Cinema from 8th February. Join us for another season of films such as 99 Homes (March), 45 Years (April),

Truth (May) and Mistress America (June). More details to follow! 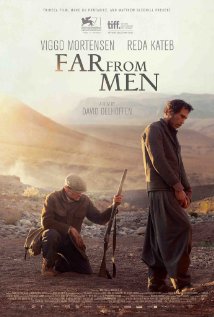