The Armidale Film Club film for June (Monday, 8th and Wednesday, 24th June) will be Whiplash.


We thought long and hard before deciding to select 'Whiplash' (MA 15+)for the AFC as the topic (fear being the key to forging a musical genius) might not be to everybody's taste.  But the jazz drummer's cruel manipulative mentor did win an Oscar (Best Supporting Actor) for his performance and there are many critics who judge it the best film of 2014.  So, let's see if you agree with them!! 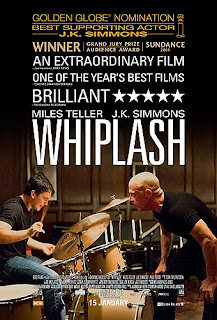